I want to discuss two articles.  The first one is about a restaurant that was forced to close, indefinitely, after its owners posted support for President Trump on Facebook.

The second is a letter from the Chief of Police in Denison, Texas, asking restaurants who refuse to serve police, to let him know so that he can tell his officers not to go those restaurants. 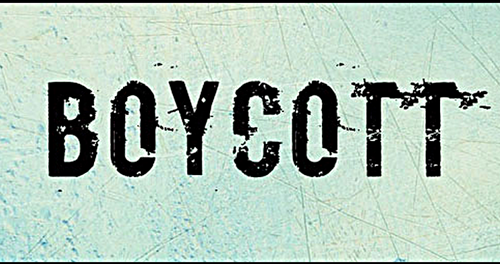 Both articles are troubling.  The first one is troubling because, while patrons have a right to protest and boycott businesses for whatever reason they wish, only one side of the political debate regularly does so.

Why does the left hate President Trump enough to shut-down businesses that express support for him?  Here is an article by Robert Reich, describing how the President is unraveling, and then giving an account of a conversation he supposedly had with an unnamed Republican, who supposedly told Robert Reich that Trump’s advisors are afraid Trump is about to start a nuclear war.  According to Reich, Republicans are just waiting for tax reform (which Robert Reich opposes) before impeaching the President.  Mr. Reich goes one step further and implies heavily that Trump could be removed in a coup d’état rather than impeached, if necessary.

I’m going to go out on a limb here and call ‘bullshit.’  Trump is Trump, but he is not ‘unraveling’ anymore than he was already unraveled, and he does still listen to his advisors – albeit while also often speaking off the cuff and undermining them.  Trump is an unpolished, unscripted bully.  That’s all true, and I get it.  I wish he forgot how to twitter.  Cool.  I agree with all of that.  But you know what?  He’s also the President of the United States, and Robert Reich is not doing anyone any favors by making up a fake conversation that never took place, as a means to call for a coup d’état.  The only reason Mr. Reich made up a fake conversation was so that he could say that his ‘Republican friend’ was calling for a coup d’état rather than Robert Reich doing so, himself.

Mr. Reich – You are a liar and a coward.   You disgrace yourself and our country, and calling for a coup d’état is treasonous.

Not to be outdone, John Brennan, who was the head of the CIA during Obama’s second term, is openly calling for a coup d’état, should  Trump fire Robert Mueller as the special council investigating all things Trump.

Frankly, Robert Mueller’s ‘investigation’ has so many elements of a fishing expedition that it should be conducted from a bass-boat.

Whether or not Trump can fire Mueller is somewhat of a gray area.  Technically, the Attorney General can fire a special investigator, and of course, the Attorney General serves at the discretion of the President.  It would be pretty dumb, politically, for Trump to have Mueller fired, but suffice it to say that he could legally make it happen.

What I would like to know is whether or not it is legal to openly call for a coup d’état, and I’d like to know why nobody is telling John Brennan and Robert Reich not to do so.

Mr. Brennan: I’ll give you this – at least you did not make up a fake conversation to give yourself political cover.  At least you have the integrity to take personal responsibility for what you said.  But calling for a coup d’état is still treasonous.

Note that I said, “treasonous” and not “treason”.  Treason has a specific legal definition which arguably does not apply.  The actual crime might be insurrection.  Whatever the case, the traditional penalty still involves a firing squad.

At some point, conservatives are going to have to start using some of the tactics normally used only by liberals.  I would hope conservatives would avoid sending people death threats, but shouldn’t Robert Reich and John Brennan be told, in no uncertain terms, that they have crossed a line?  At some point conservatives are going to have to boycott and protest liberal businesses that do not support our values.  Whenever a liberal business supports Robert Reich or John Brennan – or the kinds of things they say – we should demand that those businesses go out of business, and should do everything we can to make that happen.

This brings me to the restaurant that prompted a letter from the Chief of Police in Denison, Texas.  That restaurant needs to close.  Our police are not perfect.  We have about 1.1 million police officers in the country, and we have between 40 and 45 million police/civilian interactions per year.  That’s 123,289 interactions every day.  Police are imperfect, and imperfect people sometimes do imperfect things.  The sheer number of interactions guarantees that some will go poorly, and some of the ones that go poorly will be the fault of the police officer(s) involved.  But the number of bad interactions is a tiny fraction of a percent of the total, proving that our police, by and large, do an outstanding job of serving and protecting the public.

Rather than criticizing our police, I propose that we wave when we see them, letting them know that their jobs are appreciated, and just as the Police Chief of Denison, Texas would like a list of all the restaurants and businesses that do not want to serve police, I too would like such a list.  If you are a business that does not support the police, please let the public know, so that we kno not support you.

3 thoughts on “Boycott the Boycott!”