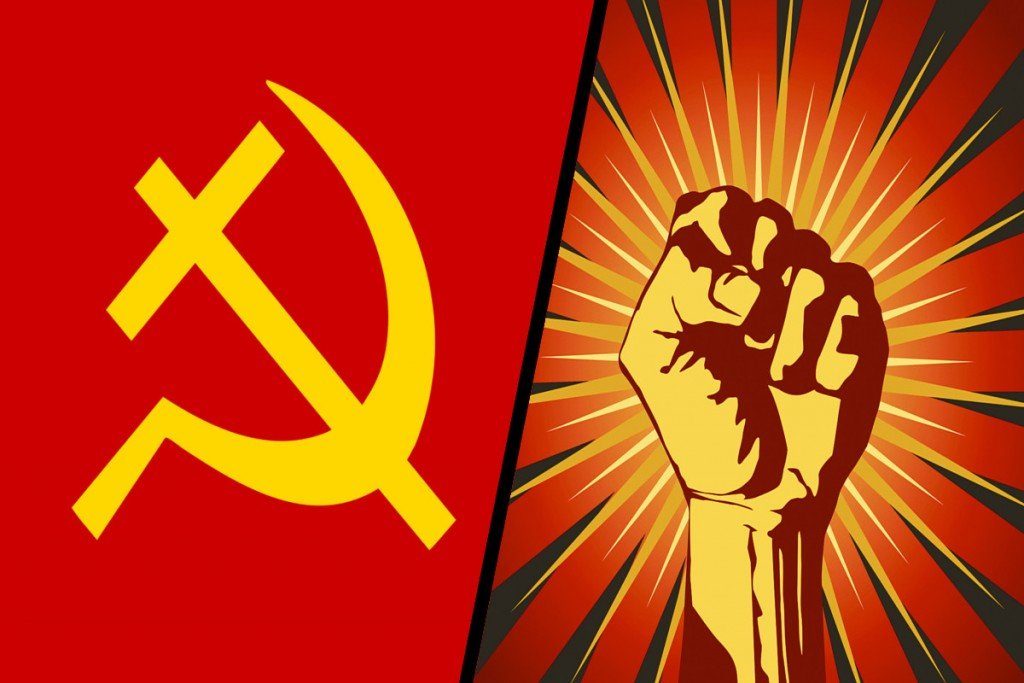 There is another system that attempts to take from each worker according to their ability, and to give to each worker only what they need to survive.  The United States ended that system at the end of the Civil War.  It was called ‘slavery’.  Europe had a similar system, called Serfdom, in which the worker was the property of whatever lord’s lands they happened to have been born on.  The lord could work the worker as much as they were able, and pay the worker only what the lord felt the worker needed.  Nobody called those systems “Worker’s Paradises”.

The Western World is wealthy, and Karl Marx’ system failed in the West for one simple reason: workers were already earning far more than they really needed, and were not willing to rise up in glorious revolution to force the bourgeoisie to pay them less.

Communism has taken root as an ideology in many circles, even as it has failed both politically, and economically.  These true believers need a vehicle to bring communism about, and one of those vehicles is the Universal Basic Income.  Consider the second part of Karl Marx’ quote: “To each according to their needs.”  The Universal Basic Income’s sole stated purpose is to provide everyone, “according to their needs.”  To a devout communist, that’s half way there.

Consider a world in which each person’s basic needs were taken care of by the state, and in which they were free to pursue whatever interests they wanted, without having to worry about making a living.  The income of those who are productive would have to be taxed to cover the needs of those who are not productive.  Who would choose to work in the fields and factories in such a system?  Who would do the work to produce the food we need to eat, or to build the houses in which we need to dwell?  The more generously you tax the worker to cover the Universal Basic Income of the non-worker, the less the difference in wages becomes, between the worker and non-worker, and the less incentive there is to produce.

Karl Marx and Vladimir Lenin both said that socialism (as currently practiced in the West) would lead to communism, and part of their logic was sound: socialism involves the workers rising up politically against the bourgeoisie, to demand that the fruits of labor be shared more equally, with free college, free healthcare, free daycare, more/longer vacations, and other kinds of free things, culminating in the Universal Basic Income.  Marx and Lenin knew that in such a system, tax rates would be so high that there would be no incentive to produce, and that the capitalist hierarchy would fail, forcing the workers to take over the means of production themselves, running the means of production for the worker’s ends.

Understand that the whole point of the Universal Basic Income is to reduce the difference between what someone makes working, and what someone makes doing nothing – or doing something unproductive.  As calls grow to make the Universal Basic Income ever more generous, taxes would have to go up on all incomes above that level, to pay for those more generous benefits.  This moves more people from productive activities to non-productive activities.  Since it is not possible to distribute that which is not produced, moving people from productive activities to non-productive activities makes a country more poor, until it can no longer sustain its basic needs.  This is a system designed to collapse, and both Marx and Lenin made no bones about that.  Both men said, “Socialism leads to communism.”

As for the morality of the Universal Basic Income: understand that there is no moral virtue in forcing people who are willing to work to support those who are able to work but not willing.  There is no moral virtue behind the Universal Basic Income.  If there is a moral virtue behind a statement on income, it is this one: “Do what you can to provide for yourself before asking society for help.”  I don’t think many of us have a problem helping those who have done what they can to help themselves, but most people do not want to help those who are unwilling to help themselves.

We can see from places like Venezuela that the workers of the world are better at the ‘rising up’ part of the communist revolution than they are at the ‘taking over the means of production’ part.  There are long lines at the grocery stores in Venezuela, where people stand for hours in the hope of getting food, and there are riots in the streets, but there are no long lines of workers at the factories, wishing to produce the goods and services Venezuela needs to survive.  It is in fact the same greed Marx and Lenin wanted the workers to rise up against that prevents the workers from working after they rise up; workers are not willing to work for free.

Marx of course had an answer to the lack of willing workers in a communist state.  He called it the ‘Dictatorship of the Proletariat.’  The job of the dictator would be to compel the workers to work until such a time came that the workers were willing to work without compulsion, at which point the state would no longer be necessary, and ‘true communism’ could be achieved.

Here is a question for you: How long do you think one needs to compel work, for free, before the worker decides that they are willing to work, for free, without compulsion?  How long one must keep a society of slaves in bondage before the slaves become so happy that the bonds can be removed?  No communist system has ever seen the workers become willing.  Rather, the ‘Dictatorship of the Proletariat’ is a permanent fixture, led by a Stalin, a Mao, a Khrushchev, or some other brutal leader.  Understand too that while Stalin and Mao were perhaps more brutal than necessary, they were only so because they understood the necessity of brutality on a people you expect to work for free.  Stalin and Mao embraced the brutality because they were true believers in the communist model.  Those killed, or sent to the gulag, were guilty of perverting the ‘worker’s paradise’ by wanting more than they truly ‘needed’.

As a final note – the true “Worker’s Paradise” is the free market system, in which there are no artificial barriers to advancement.  Each person is able to better their lives, and though the process may take time, and may at times be difficult, no better mechanism for the advancement of the human condition has ever been achieved.

3 thoughts on “The Case Against the Universal Basic Income”