As a libertarian, I believe the United States should have a strong, active military. 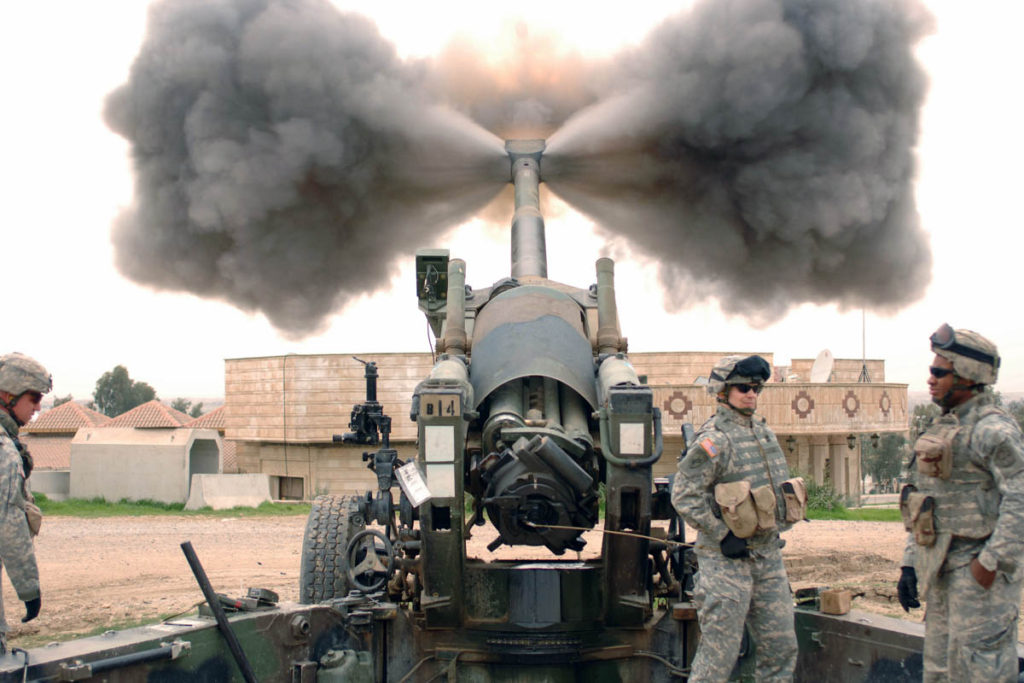 The United States is a fortunate country.  We are separated from most of the world by oceans.  We only border two nations.  We are, geographically, very hard to attack.  We also have a very strong, robust, consumer-oriented economy.  Our economic veins and arteries run primarily within our borders, and we have the largest military in the world to protect them.  We could shut ourselves off completely from the rest of the world, and we would survive.

Some of our allies are not so lucky. Australia, for example, though geographically isolated, has an economy largely driven by mining.  Australia is rich in natural resources, which it sells overseas.  Australia would be in big trouble if it were cut off from the rest of the world.  Canada is in a similar boat, as is Japan.  Many nations are.

Imagine Australia, or Japan, without freedom of the seas.

The worlds oceans and seas are not naturally free.  They are free only because nations like the United States patrol them, with powerful navies, preventing other nations from denying anyone free passage through what are arbitrarily called ‘international waters’.

China would like a different definition of ‘international waters’ that better meets the interests of China.  China wants control over the South China Sea, and is actively building man-made islands, claiming land two hundred miles out from these man-made islands, and challenging the territorial rights of other nations in the process.  China is Australia’s largest trading partner.  Would it be in China’s best interest to cut Australia off from the rest of the world, such that Australia could only trade with China?  Yes, it would be.

There is no reason why protecting freedom of the seas should be purely an American task.  We should encourage other freedom-loving nations to join us.  But freedom of the seas must be protected, and as the largest economic power on Earth, we should do our part.

We also have allies on other continents.  South Korea is an important ally, and they have an enemy to their North.  There is nothing wrong with helping to protect one’s allies.  I would hope that if we were in a time of need, our allies would return the favor.

As a libertarian, I believe that all transactions between people should be voluntary.  I am not an anarchist.  I do not believe that all people are inherently good, and that in the absence of a state, all interactions will be voluntary.  Rather, I believe that in the absence of a just state, warlords emerge and justice is lost.  Warlords are a form of government, and not a very good one.  We need a state, and we need things like police protection to enforce the Non-Aggression Principle.

That does not mean we should have to act alone.  All nations that believe in the Non-Aggression Principle should band together with us, and help out.

At the same time, I think that we, along with our allies, should enforce the Non-Aggression Principle, at least where our national interests, and those of our allies, are concerned.  Doing so requires a strong military, and a willingness to use it when the need arises.

I am not a war hawk.  I am against interventionism.  I think we use our military too often, and I think we often use our military in violation of the Non-Aggression Principle.  Though the President is Commander In Chief of the Armed Forces, our founding fathers never envisioned a country so powerful that it could fight prolonged wars without placing the nation on a war footing, and Rand Paul is correct when he says that Congress must reassert it’s power to declare war.  We need, in fact, a Constitutional Amendment that preserves the President’s power to act, while limiting the President’s power such that Congress is needed to start ‘police actions’.  The President should not be able to get us into a Vietnam, or an Iraq, alone – and current restrictions, even if constitutional, limit the President based on time and not action.  Is it really sufficient to let the President invade other nations for ninety days without Congressional approval?  If Congress does not approve, can we really just say, “Sorry,” and leave?  How many nations can stand up to the full force of the American military for ninety days anyway?  We need a Constitutional Amendment that prevents the President from invading other nations in the first place, without Congressional approval, and while other parts of this article may be somewhat controversial in libertarian circles, this statement should not be.  Any invasion is war, whether declared or not, and a system in which the president can fight wars without Congress declaring them – we can’t have that any longer.

But we still need a strong military, and the President must be able to act when threats emerge.

Liberty is not man’s natural state.  Throughout human history, virtually all people have been slaves, by one name or another.  Whether called ‘serfs,’ ‘indentured servants,’ or some other moniker, the vast majority of people are not free, and their ancestors never have been.  The Non-Aggression Principle is as frail as it is important, and only strong nations can preserve it.

We need a strong military, and as libertarians we should demand one.  We also, however, need a constitutional amendment to make our military harder to use.

1 thought on “The Libertarian Argument for a Strong Military”