My advice to both Democrats and Republicans who are up in arms regarding Russia’s meddling in the 2016 election is simple:  get over it.  Yes: Donald Trump asked Russia in a campaign speech to hack HRC’s missing e-mails.  Yes: most investigators believe Russia was behind the WikiLeaks release of hacked documents from HRC, John Podesta, and the DNC.  Yes: HRC and the DNC contracted with a British spy to bribe Russian agents to anonymously make up stories about Donald Trump, which were then released to the press, and used as the basis the FBI to bug the Trump campaign.  Yes: Russia paid to have all kinds to advertisements and posts on social media to try and sway the American political winds.  All of that is true.  Foreign powers influenced the 2016 election, and may even have swayed the results.  Everyone is so very focused whether or not this happened that a second, more important question, never even gets asked: was it legal? 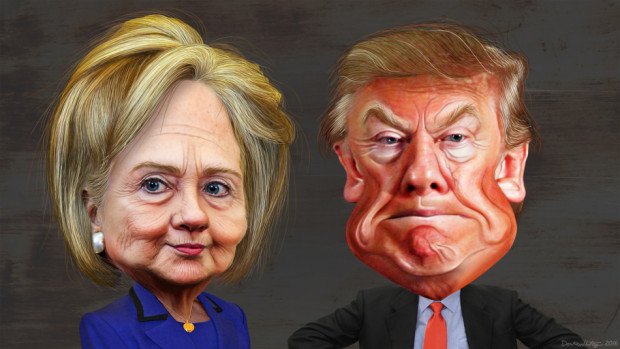 Hacking is obviously illegal in the United States, but Russian hackers are not bound by American law, and certainly WikiLeaks broke no laws.  Using a fake dossier as the basis to bug the Trump campaign would have been illegal had the right people known the dossier was fake.  Good luck proving that.  If Donald Trump colluded with Russia specifically to break US laws, that would be illegal (for Donald Trump – not the Russians), but there is no proof that he did.  Simply speculating in a speech does not constitute evidence of collusion, and while the Trump campaign did meet with Russian envoys several times, that’s normal in an election.  HRC’s campaign met with Russian envoys too.  It is certainly legal for Russia to post, and advertise, on social media.  It is not illegal for the DNC and HRC campaign to pay a shady firm to make up ‘information’ that then gets leaked to the press.

The Republicans voted for Donald Trump.  You wanted someone who was shady, and you got it.  Congratulations – now he is Commander in Chief.

The Democrats voted for Hillary Rodham Clinton, arguably the most corrupt politician in US History.  You wanted someone who was shady, and you got it.  Congratulations – she was so bad on the campaign trail that she lost to Donald Trump, who is now Commander in Chief.

Both parties only have themselves to blame.

There were better, more honest people, running in both political parties, but the party faithful refused to vote for them.  Instead, ‘we the people’ voted for the shadiest characters we could find, and as a result we have no right to be angry that the shady people we put in the general election did shady things.  You got what you paid for, and everyone who voted for either Donald Trump or HRC in the primaries is guilty of enabling Russian tampering in the election, by voting for people they knew were corrupt.  Now you reap what you sowed.

It does not appear Russian involvement broke any laws, so as crooked as the whole thing was, you asked for it.  Get over it.

Here are some of the names of honest people who were also running (in no particular order):

There are various reasons to like or dislike all of the people on this list, but they are all honest, and any one of them would be a more respectful person than either Donald Trump, or Hillary Clinton.  If you voted for one of these people in the primaries, then you have every right to complain about your choices in the general election, and every right to complain about the shady connections both candidates had with Russia.  If you voted for Bernie Sanders, you have every right to be upset that Hillary Clinton and the DNC did everything in their considerable power to make sure Hillary Clinton would win no matter how popular Bernie Sanders was.  If you voted for one of the GOP candidates that Trump unfairly created a nasty nickname for (such as “Lyin’ Ted” for a Ted Cruz who, whatever faults he may have, is not a liar), you have every right to  be angry about Trump’s bullying tactics.  Trump went so far as to insinuate that Ted Cruz’ father was involved in the assassination of John F. Kennedy.  The DNC went so far as to tell the Democrat faithful that their party is not democratic (never mind the name of the party) and that the party establishment, rather than the membership, picks the candidate.  If you are a Democrat, understand that your party pled in court that your primary system is a sham.  None of that matters now.  We all saw the corruption and lying in both primaries, and the majority of voters who took the time to vote picked the worst candidate available – in both parties.

Donald Trump is our President.  Is he a nice guy?  No.  Does he lie?  He says so many contradictory things that I’m not even sure he knows he is doing it, but yes – he lies all the time.  HRC, not to be outdone, said in a speech, seeking donations from big banks, that she has two positions on every issue: one for the public, and one for real.  That’s called lying…

Hillary Clinton has said terrible things about African Americans, the disabled, and other women.  Donald Trump has said terrible things about pretty much everyone.  Both have done some very crooked, and arguably illegal, things in their pasts.  And yet these were the people the American people put into the general election.  Donald Trump got the most Republican votes in the primary, and HRC got the most Democrat votes in the primary.  That’s what the American people voted for, so get over it.

Both major parties put us where we are, and it is time that both of them stop bickering.  The election is what it was.  Get over it.