John Adams once said, “Facts are stubborn things.”  Generally speaking, John Adams was right: facts are facts whether one agrees with them or not, and facts can be proven, or disproven, with research and observation.  Today’s postmodernist left, however, has a different saying.  To them, “Facts are subjective things.” 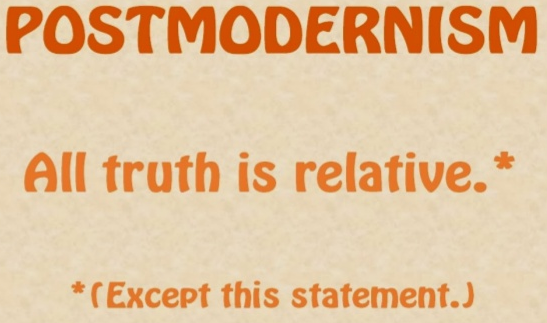 Those who believe we are harming our planet in a significant way through co2 emissions are a minority of a minority, and yet the left pretends that the consensus is that our planet is heating up at alarming rates.  The sea levels have been rising since the end of the last ice age, and that rate has not increased.  Hurricane levels and intensities are not up.  Tornado levels and intensities are not up.  The facts do not support climate alarmism, and yet with every hurricane, every flood, every tornado – every weather event – we are asked, “What will it take to make you believe?”

What it will take, are facts, and the facts go the other way.

For a complete breakdown on climate change, and why alarmism is not justified – including support for the statements in the paragraph above, you can read HERE.

The left calls the American culture patriarchal and Eurocentric.  Patriarchal is at least debatable.  It is a fact that America has a patriarchal past, but this ignores the facts that almost all cultures in human history have patriarchal pasts, and that many cultures have a patriarchal present.  Ours is the least patriarchal culture in the world.  America was originally founded by Europeans, and we are somewhat Eurocentric – that is definitely a fact, and yet people from all over the world have immigrated to the United States, to the point that only 65% of Americans today are white, non-Hispanic (https://www.cdc.gov/pcd/issues/2007/apr/06_0069.htm), and the impact on our culture of those 35% of Americans who trace a lineage that is not European has been immeasurably large.  It is a fact that the United States of 1789, 1889, and perhaps even 1959 was largely Eurocentric, but the United States of today is also world-centric, and our culture reflects that.

The left says that all cultures are equal, and this is a complete abdication of fact.  There has never been a time or place in human history where all cultures were equally successful.  Even if we were to believe what the left says about our country and culture: that our culture is Eurocentric; and that cis gendered, straight white men receive systemic privilege from racism, sexism, and all kinds of other ‘isms’, the facts would not bear us out.  Thomas Sowell wrote a whole book dispelling these myths, using nothing but facts.  The book was titled Black Liberals and White Rednecks.

Sowell shows such things as that gay people make more, on average, than straight people; that trans people make more, on average, than cis people, that Asians and Indians (from India that is) make more, on average, than do white people, and that cis, straight, white men, are remarkably average.  If you separate out different decisions men and women make once they marry, and look only at people who have never had children or been married, women suddenly make more than men.  If you look only at children who grew up in two parent households, suddenly African Americans are at parity in economic opportunities to white people, and if you look only at two parent households where the parents went to college, African Americans tend to earn more than white people.  These are all facts the left ignores.

The left loves to discuss the evils of colonialism, and they have a plethora of facts they can use to show that those in colonies were sometimes poorly treated.  The left somehow, however, never mentions that everywhere the Union Jack went up, so too did the Magna Carte, or how almost every country outside Europe that is wealthy, on a per capita basis, was also a British Colony.  Britain was sometimes brutal to colonies, and particularly when they rebelled, but Britain also created the largest free trade block in world history, and economically the colonies all benefitted a great deal from that free trade.  The colonies that performed poorly went socialist.  Compare Hong Kong to India, for example.  People in Hong Kong today are forty times as wealthy as people in India – a fact the left will never mention.  Hong Kong is, of course, the most free market society on Earth: http://www.heritage.org/index/.

Even more dangerous than the left’s complete disregard for facts that don’t support them, are the grounds under which they dismiss facts.  Jon Stewart would often dismiss a fact just by raising an eyebrow.  Trevor Noah has several looks of disbelief he’ll use to disregard facts.  The crowd never fails to laugh, and the fact falls without even a rebuttal.  Jon Stewart was so effective that people would often cite him as if he were some kind of expert source.  He was a comedian, of all things, who openly admitted that he put being funny ahead of being correct.  Humor can be a powerful way to dispel inconvenient truths.

Perhaps the most dangerous way the left disregards facts is by claiming that ‘we can all have our own facts.’  You’ll often hear someone say, “Those are your facts, but these are mine,” and this is always done in such a way as to make the leftist facts more important, usually based on the supposed oppression of the leftist.  To the left, the more supposedly oppressed a person is, the more important their ‘facts’ are, and since postmodernism makes ‘facts’ subjective, facts and feelings become one and the same.  People will even say, “I feel,” followed by what sounds like a factual statement, with the implication being that because they feel it, to them it is true, and because they feel oppressed, their feelings are more important than your facts.  How convenient it must be to be able to feel away whatever does not fit your world view…

When John Adams said, “Facts are stubborn things,” he meant that facts provide a grounding for objective discussion.  He meant that actual facts were incontrovertible, and that many opinions could be dispelled by them.  Today’s left believes nothing of the sort, and with facts as subjective things, there is no longer any grounding possible for objective discussion, and no common ground between sides.  The left has given up discussion; the left has declared war.

The left has a big advantage in this environment, for while we still recoil when facts dispel a conservative statement, such as when photos showed that Trump’s inauguration ceremony was much smaller than Obama’s.  There is no question that Obama had a bigger audience, and even though Trump is not much of a conservative, conservatives still get queezy every time inauguration sizes come up.  The left has no such problems, for when they can clearly be shown to be wrong, they attack the person presenting the fact, and dismiss both the facts, and the person giving them, out of hand, often on groundless accusations of ‘racism,’ or some other ‘ism’.  The left never has to prove these charges of ‘ism’; the fact that a charge was made is enough, facts be damned.

To the left, Trump is a speedbump.  They will use any means necessary to block or slow down the conservative agenda, and in 2020 you can expect the dirtiest, most fact-free campaign in human history.

The greatest irony with Trump is that one of the reasons the left hates him so much – not just his policies, but Trump as a person, and even his family – is that he is the one person, not on their side, who is just as subjective as they are.