I can hear my fellow conservatives stirring the pot for my tarring and feathering already.  This post will be even less popular than my ‘time to drop it’ post from last week (and  if you look only at the titles, it also appears to contradict that earlier post).  I’m going to ask that readers remember that politics is, among other things, a card game, and that they go through this post with an open mind.  Please hear me out before running me out of cyber-town on a cyber-rail. 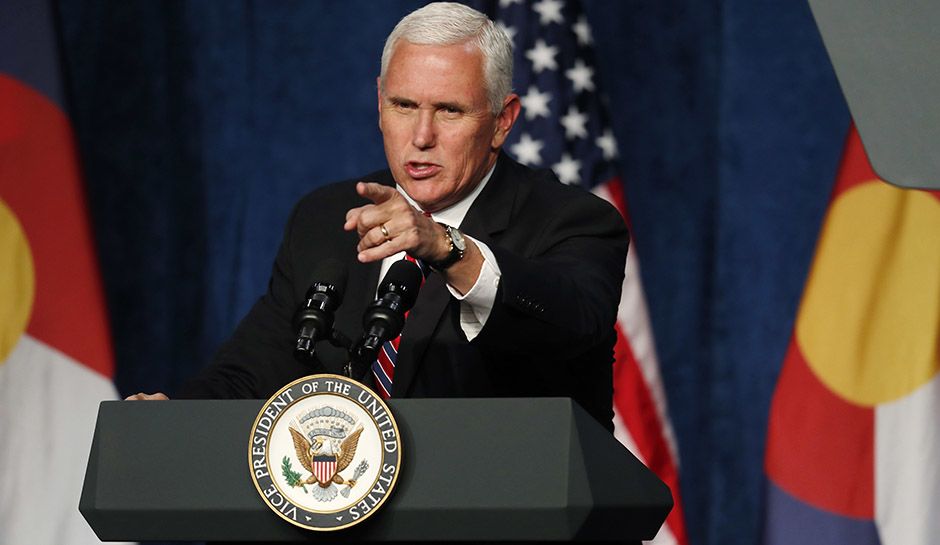 First off..  I do not think Trump did anything illegal in his campaign.  There has been no indication that he has done anything illegal, and I don’t think he is dumb enough to have done anything illegal.  I also don’t think HRC did anything illegal in her campaign.  I think both campaigns were as corrupt as corrupt gets – I think dirty is what works in today’s political arena – but I think both HRC and Donald Trump are smart enough to toe the line rather than cross it.  HRC for example hired a law firm to hire a corporation to collude with Russia, and has plausible deniability that she was involved in collusion herself.  Does that pass the sniff test?  Of course not, but it does provide reasonable doubt, and the Clintons have made political careers, along with hundreds of millions of dollars, on reasonable doubt.  Should we investigate?  Absolutely.  Investigate both campaigns, but I wouldn’t expect to find anything incriminating.  As with Al Capone, you’d probably be more apt to catch them on tax fraud than on anything else.

That being the case, Paul Manafort has been charged with money laundering, and with conspiracy against the United States, all stemming from work he did for Ukrainian separatists (pro-Russian separatists) prior to joining the Trump campaign.  Rick Gates has been charged with making false statements, after having said contradictory things to the FBI.  What contradictory things Gates said is not public, and as a result the significance is not known, but what is happening with Manafort is significant.  Manafort was at the very top of the Trump campaign, and is apparently guilty not only of money laundering, but of conspiracy against the United States with Russia.  Politics is, among other things, a card game, and Manafort now represents the most valuable card in the deck.

If Trump stays in office, any investigation the justice department may make on the Clintons and the DNC will be looked at by Democrats as a purely partisan attempt to deflect attention away from the investigation of Donald Trump.  Trump could fire Mueller, but that would only heighten the calls for more investigations.  Trump could start pardoning people, but that too would be political suicide.  Keep in mind that Mueller’s investigative powers are almost as broad as Trump’s business ventures.  Mueller can investigate Trump for as long as Trump is in office, if for no other reason than to ensure that Trump does not use his power as President to enhance his business interests (particularly in relation to Russia).  This investigation has no end, and if Trump stays in office, the best he can hope for is a slow burn of political smoke with ‘definitive proof of guilt of something‘ always just out of reach.

The real game is not Trump’s innocence or guilt, but the Supreme Court, the mid-term elections, and the 2020 Presidential election.  Too many Republicans are already deserting what they view as a sinking ship.  No matter what else happens, Trump will not unite the party, will have no major legislative wins to point to, and is destined to be a one term President.  All the while, I don’t think Trump even likes being President.  In a game where trump cards are the only cards that matter, Trump has no trump.

Now consider what happens if Trump folds his hand and lets Pence become President.  Suddenly, Pence investigating the Clintons looks thorough rather than partisan, and Pence, free from criminal investigation himself, has three years to recover from Trump’s resignation before having to run for a second term.  With less political baggage than Trump, Pence is in a much better position to unite the Republican Party and win legislative victories.  In the meantime, Trump can claim a moral victory for leaving Pence with a people’s mandate to follow some of the things Trump ran on.

Paul Manafort really does appear to be guilty of money laundering, and of conspiracy against the U.S. in relation to U.S. policy in the Ukraine.  None of that has anything to do with Trump’s campaign, but it can be used as leverage to try and get Manafort to ‘flip’ on Trump, and implicate Trump of something – anything – that will further legitimize the Mueller investigation.  Even if Manafort does not have anything to offer, and/or is not willing to lie to keep himself out of prison, Trump is guilty of having had someone who really did conspire with Russia as his top campaign advisor, in a campaign that, at least from a news perspective, was all about Russian collusion.  Whether you think Trump did something untoward with the Russians or not, you have to admit that the deck is now stacked against him.  Trump cannot win politically.

If nothing else, Trump hired the wrong people to manage his campaign, and in doing so created too many negative appearances to recover from.  Steven Bannon’s ties to the alt-right as editor in chief of Brietbart was troubling enough.  Now Manafort apparently being guilty of colluding with Russia throws Trump’s Presidency over the abyss.  It is time for Mike Pence.

Mike Pence would be a good President, and the endless distraction of possible Trump/Russian collusion is harming both the Trump Presidency as well as the American People.  Even Trump would be better off if he resigned and went back to running his businesses.  Frankly, I think even those who are going to want me tarred and feathered for writing this will have to admit that, at the very least, Trump has been thoroughly outmaneuvered by his political enemies to the point of being a one-term President.  I don’t see any way for Trump to win other than by resigning, and we all know that ‘winning’ is something Trump really does care about.  For Trump it is time to resign.  For the country, it is time to reshuffle the cards and play another hand.