When I post things to my blog, and to Global Liberty Media (globallibertymedia.com), people sometimes compare me to Alex Jones, or to Rush Limbaugh.  Nothing bothers me more.  Alex Jones is a nutcase whom I have nothing in common with at all, and Rush Limbaugh openly claims that his primary purpose is to entertain, and not to inform.

Ironically, many people on the left get their information from people like Steven Colbert, or Jon Stewart, who claim that they are comedians, whose primary job is (like Rush Limbaugh) to entertain, and not to inform.

As soon as someone claims that their primary role is to entertain, you should take whatever else they say with a grain of salt.  I am not like these people.  My primary purpose is to inform.  Those who subscribe to my material tell me they enjoy how I break complicated topics down in ways that are easy to understand.  That’s not to say that people do not find my material entertaining – it is just to say that my primary goal is to inform, which sets me aside from others who openly sacrifice factual correctness in an attempt to entertain.  I would rather be boring than wrong. 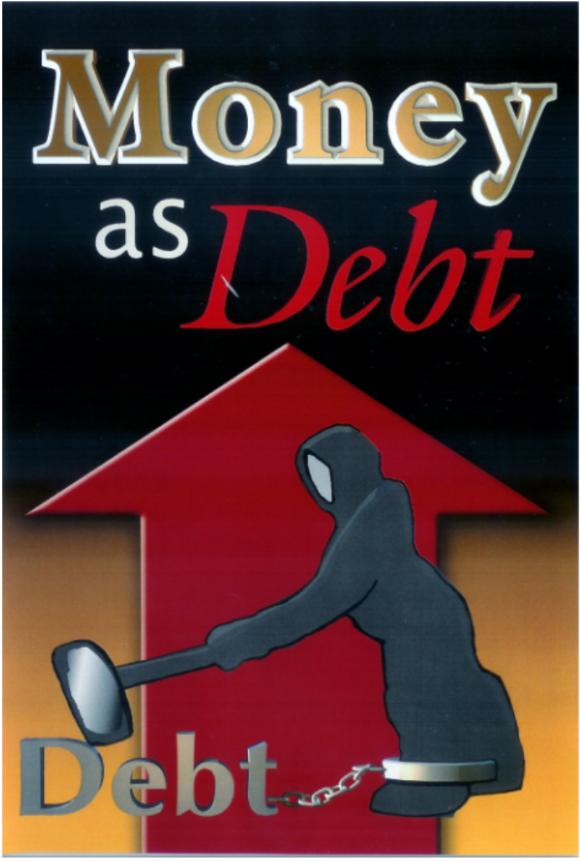 One of the things I want the American public to understand, outside the fray of our day to day politics, is that we do not really have a fiat money supply (as many would believe). We have, rather, a debt-based money supply, in which the value of our currency is determined by the amount of labor it takes to repay debt.  Understanding how our money supply works is absolutely critical when trying to understand macro-economics, and understanding macro-economics is a requirement for anyone who wants to be truly politically informed.  If you don’t understand macro-economics, you cannot understand economic impacts, and without understanding the actual impacts of a given piece of policy, you are ill-equipped to make an informed vote, based on anything other than emotion.  This article will avoid using terms like ‘M1 money supply’ or ‘M2 money supply’.  I’ll use those terms in other articles, but I’ll keep this article as simple as possible.

We do have $861 billion in fiat currency, representing all of the paper and coin money the Treasury maintains. That money is not backed by anything, making it fiat, but it’s also a drop in the bucket compared to all the trillions of electronic dollars floating around the world.

Our primary means of creating money is through the Federal Reserve. The treasury only maintains enough paper and coin money to supply the needs of those who like to carry physical currency, and more and more people are moving to electronic forms of money, such as credit and debit cards. As such, the supply of physical currency is trivial in the overall scheme of things.

The Federal Reserve really just creates seed money for the banks. The banks then create loans to the American public, in a fractional-reserve lending system in which, as long as the banks keep enough money in-house to cover their day-to-day operations, they can loan out the same dollars as many times as they like.

When a bank creates a loan, it creates two accounts. One account gets a credit, and the other account gets a debit. In other words, when you take out a loan for, say, $10,000, the bank gives you $10,000 to spend, but also gives you a loan account that you have to pay back over time, showing that you owe $10,000.  They money the bank gives you is equal to the amount you then owe – the two net to zero.  In this way, each time someone takes out a loan, the total money supply expands, and each time someone pays down a loan, the money supply retracts.  If all of the loans in the world were suddenly repaid, there would be no money at all, other than the $861 billion in physical currency the Treasury maintains.

Most of the money banks give out in loans invariably end up in another bank (or the same bank), where it will be used to back even more loans, and the process repeats over and over again. The rate at which bank lending multiplies our money supply varies, but it is not uncommon for $1,013 dollars in Federal Reserve created money to be multiplied up to $100,000, and that was, in fact, the rate just before the 2008 recession.

Loans eventually have to be repaid. The government repays its debt by taxing the public – and the public pays taxes by earning income, through labor.  Government debt is thus backed by the value of the labor needed to repay it.

Private debt is repaid through income, and income is earned through labor.

In both cases, the value of our money is based on the labor needed to earn enough income repay debt.  It is, quite literally, a debt-based money supply.

The implications of this are more profound than they are obvious, and many of the implications that seem obvious may be wrong.  I am not going to get into those implications on this post, but if you want to start seeing some of the basic implications, you can read another recent post of mine on the relationship between debt, deficits, and economic growth.

My next article will be on the Federal Reserve, and on options for basing our money on something other than debt.  Believe it or not, I am not going to say that a debt-based system is inherently bad, though I am going to talk about the pluses and minuses of different monetary systems.

Until next time – let me know what you think in the comments below, and please take the time to share this post (buttons provided below).