Whether it is a longing for the ‘good old days,’ or the promise that, ‘our best days are yet to come,’ we hear empty promises, on both sides of the political aisle,   Some ask, “What ‘good old days’ are they talking about?  Jim Crow?  Slavery?”  Others ask, “What will these ‘yet to come’ days look like?  Communism?”.  These are all valid questions, for whether we want to look at old days, or new days yet to come, at some point we have to discuss what we want those days to look like.  That conversation seems lacking.

On one side of the aisle we hear that because our nation had slavery and Jim Crow, everything that happened in the past is bad.  These people want to forge a completely new way forward.

At least with Democrats we know what we are getting:  a cross between cronyism and socialism.  Democrats will always make government bigger, taking over more of the economy, with more regulations, more control, and less personal freedom.  We know that, because they tell us that free people in free markets behave in ways that are racist, sexist, homophobic, xenophobic, and all kinds of other nasty things.  They focus solely on the negative in people, and tell us that all people must at all times be controlled.

Our country was founded by statesmen, but it is run by politicians, and the primary job of a politician is to get reelected.  Whatever else they do is very far down on their list of priorities.  Hillary Clinton put it best when she said, “You need both a public and a private position”, and Hillary Clinton was only articulating what everyone in Washington already knows – in politics, the money is far more important than are the people.  It’s a vicious cycle: you can’t do anything unless you are in office, so you have to do whatever you can to stay in office.  As a consequence, virtually all politicians tell their constituents what they think their constituents want to hear, and then do whatever the economic elite tell them to do. 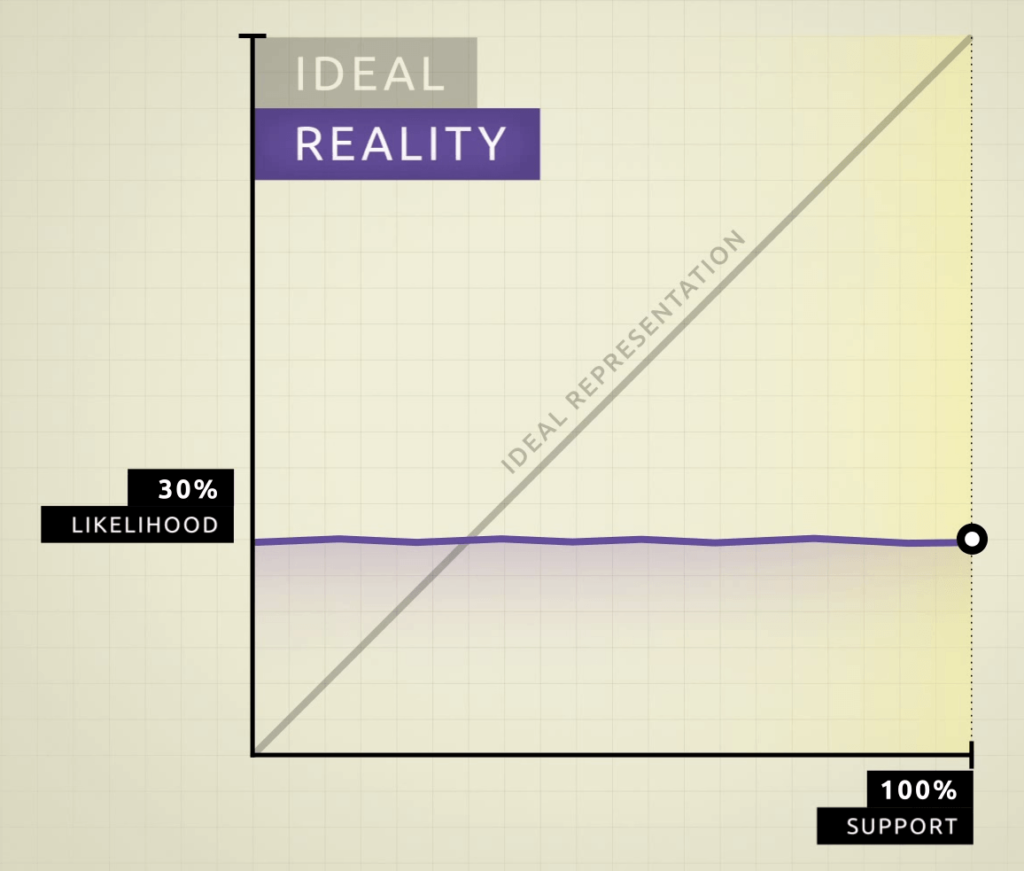 The facts are very clear – Congress does not care what-so-ever what the public wants.  They march to the beat of a different drum.

There is an old saying from back in the days when our country followed it’s libertarian roots: “Three generations from shirtsleeves to shirtsleeves”.  What this quote reflects is that, while someone in one generation may generate great wealth, their children tend to squander it, and so do their grandchildren. The great grandchildren are no better off than were the people who gathered the wealth in the first place when they started.  I said earlier that we know what we get with Democrats.  In the long run that’s true.  But then, we know what we will get in the long run with Republicans too, and frankly, it’s the same thing.

What the economic elite want is an American version of royalty – the knowledge that their prodigy will also be the economic elite, and not just for three generations, but for all time to come.  Cronyism accomplishes this goal, and as such cronyism is what we shall have.  If you vote for a Democrat, control is their platform, so they’ll move to more cronyism quickly.  If you vote for a Republican, they claim to be against control, so they’ll move more slowly.  Either way, we already have a country ruled by an economic elite, and the consolidation of power will continue until all of the power is consolidated.  It took longer than George Orwell thought it would (1984), but it is coming about regardless.

People wonder why Donald Trump was elected.  Donald Trump claims to love the country, and he is rich enough not to be beholden to anyone.  As crass as he is; as checkered as is his past; as terrible as are some of the things he has said and perhaps done – there is a sense that at least nobody owns him, and as such, governance under Trump might look more like the ideal line on the graph than it would with anyone else.

Personally, I think Trump’s knowledge runs a mile deep over a very small subject matter, and to run a country you need to have depth everywhere.  I think there are idealists who are far more qualified than Trump to be President, such as Rand Paul, Condi Rice, Ron Paul, Trey Gowdy, and Ted Cruz.  If I were on the other side of the fence, I might go with Bernie Sanders and Elizabeth Warren.  As a libertarian, I believe Bernie Sanders and Elizabeth Warren are wrong-headed and dangerous, but they are idealists, and they seem to truly believe in their vision.  One must give the devil his (or her) due.

America has never been exceptional in a pure sense of the word.  There have always been things about America that have been, not just unexceptional, but downright evil.  But what does ‘exceptional’ look like?  What shall we aspire to become?  These are important questions that need to be answered.

Democrats look to Europe and pretend that it is some kind of utopia, without poverty, and without misery.  At the same time, many Europeans look to America, dreaming to marry an American and live the American Dream.  Their is no European Dream, unless it is to live with a modicum of comfort (much less than in America), and to hope there is enough dwindling national wealth left for your children to do the same.  Is this to be our dream as well?  Have we accomplished all that we were meant to accomplish?  Are we done creating wealth, and moving into an era where all we care about is how to distribute whatever crumbs remain?

That is not exceptional, and it is not my dream.  I believe that our best days are still ahead of us, but I believe we will reach them, not by turning our backs on our founding ideals, but by re-embracing them, and extending them to all people within our borders.  All Americans deserve the right to life, liberty, and the pursuit of happiness.  We deserve a life without artificial barriers to advancement.  We also deserve a world where the government does not artificially preserve the wealth of a ruling elite.  It is perfectly acceptable for parents to provide for their children, but it is not acceptable for the government to pick winners and losers, and particularly not when our government is so easy to buy.

There is a market for everything, and in the absence of a legitimate market, illegitimate markets turn up.  Government power is an illegitimate market, and one wrought by excessive government control.  We need free markets rather than tightly controlled ones.  We need markets where we are free to pursue our own goals in our own ways, interacting with whom we will, and finding how best to benefit, not only ourselves, but the world around us.  None of us are perfect, and there are some evil people in this world, but by and large people are far more good than not, and freedom is the best way to let that goodness flourish.