This is going to be a somewhat controversial post, and for some people, perhaps even an inflammatory one.  In it, I am going go compare and contrast fascism with the United States, to show that fascism is a form of socialism, and that fascism is the predominant economic system in use in the United States today.  I ask that readers read with an open mind, because I am right – and if you read this with an open mind, I believe you will agree with me. 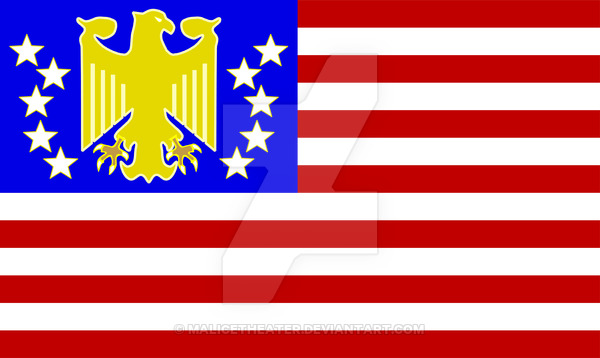 Let’s start by defining ‘fascism’.  I’m not going to use the term the way the mainstream media likes to use it today, but rather I am going to go back to the original school of political and economic thought first put in place, in Italy, by Benito Mussolini.  Fascism was invented by philosophers Giovanni Gentile, and Benedetto Croce, in the early 1900s.  Gentile and Croce considered themselves devout Marxists, but as Marxism went into practice in the Soviet Union, they noticed the brutality necessary to keep the system running, and wanted to find a less brutal way of implementing Marx’s ideas.  What they settled on was a totalitarian, nationalist state, in which an enigmatic leader would act as the embodiment of the people, and would centrally plan ever aspect of the economy, and of the human experience, on behalf of the people.  Gentile and Croce broke ‘ownership’ into two pieces: control, and what they looked at as ‘paper ownership’, which is the ability to run the day to day operations of a company and earn profit.  Of the two aspects of ownership, Gentile and Croce believed that control was by far the more important, but they viewed profit as a better incentive than the whips and chains used in the Soviet Union.  As such, fascism consisted of an enigmatic leader with absolute power over all aspects of their country, and particularly over the economy.  Fascism was, and is, a collectivist system.

Fascism differs from communism in three respects, the most obvious being that communism bans private ownership of the means of production, whereas fascism allows private ownership as long as the ‘owners’ are controlled by the state.  ‘Owners,’ under fascism, are really just managers, who have the freedom to tinker with operations as long as whatever the state directs them to do is accomplished.  ‘Owners’ are also allowed to earn a profit, but that profit is tightly controlled by the state – it’s only purpose being to ensure that ‘owners’ act as good managers.  The second difference is that communism preaches solidarity among the proletariat throughout the world, whereas fascism is strictly nationalist – meaning that it concerns itself solely within the realm of the nation.  This second difference is closely connected to the third difference, which is that under communism, each person is provided with only what the state believes they need.  Starvation is very common under communism.  Gentile and Croce recognized that in Italy (and the rest of Western Europe), the vast majority of people were better off than the proletariat, and as such, while they worried about the living conditions of the proletariat, they allowed workers to earn more than what they ‘needed’ for bare subsistence.  Communism was supposed to be classless, whereas fascism allowed there to be a lower, middle, and upper class, within the tight control of the state.  Classes are allowed for the same reason profit is allowed, in that pay, like profit, creates a motivational force communism lacks; Gentile and Croce recognized that people would work harder by choice if there was an economic incentive to do so.  Pay, like profit, was to be tightly controlled by the state.

Fascism and communism are both completely incompatible with the United States Constitution, so one might think that it would be impossible to make the United States a fascist state, but in fact, Franklin Delano Roosevelt sent envoys to Italy to study fascism, in order to see what would have to occur to bring fascism to the United States.  The answer was that Roosevelt would have to have a Supreme Court that would ‘interpret’ the Constitution to say things very different from the actual wording of the document.  Roosevelt looked at how the current court might vote, and then tried to expand the court to 15 Justices, which would have given him the votes he needed to utilize fascist powers.  Franklin Delano Roosevelt was a fascist, and those who believe that Roosevelt was one of our best Presidents likely have some fascism running in their veins as well.

Fascism has the same basic problem that all other forms of collectivism have – they all reduce the individual person into being no more important than a farm animal.  People, under fascism, communism, and other forms of socialism, essentially are farm animals – used for labor, fed, clothed, housed, and maintained, but not allowed to live their lives as they wish.  There is no such thing as liberty under collectivism.

The United States still has some liberty, but it is waning, and much of the liberty we have is no longer popular.  Forty percent of Americans want to end the First Amendment’s freedom of speech, and the majority of college students want the freedom of speech rescinded.  We have created far too many government agencies, all of which report straight to the President, with loosely-worded powers that the courts allow these agencies to interpret, pretty much as they wish.  As such, the President today can manage the economy with near-fascist control, by writing executive memos and orders.  How much power does the President have today?  Enough that President Barrack Obama once fired the CEO of General Motors.  If the ability for the President of the country to fire the CEO of a private corporation is not a fascist power, I don’t know what is.

I don’t want to pick on Barrack Obama.  George W. Bush loved to use fascist powers too.  Obama preferred Presidential Memorandum, whereas George W. Bush preferred Executive Orders, and if you look at the two together, you get a pretty good indication for just how often Presidents change national direction without congressional overview, using just a pen.

Whether one loves or hates President Donald J. Trump, he has accomplished a great deal with his pen.  Today, we expect Trump to get his first congressional victory, with the passage of a tax cut, but Trump has already done a great deal with executive orders and memorandum.  Trump has just as much power as Obama did before him, and as Bush before Obama, and this is far more power than one person is supposed to have under our Constitution.  Trump is not afraid to wield that power.

On top of Trump (or whomever the President may be at any given point in time), throw in all of the other powers our Federal Government has assumed over the years.  Throw in the fact that we use tax policy to punish those who do not do as directed.

Only a fool would call the United States’ economy today a ‘free market.’  There is nothing ‘free’ about our markets.  Nor are we a socialist system, given that we still have private ownership over the means of production.  We are what some people call a ‘mixed economy,’ in which private ownership is maintained, but control is tightly centralized.  We also maintain ourselves as an independent nation that defends its national interests, making us nationalist.  As such, we are a fascist state – not perfectly, but certainly more so than we are anything else.