Skip to content
January 20, 2018 Wallace Garneau 1 Comment
Before I get into the substance of today’s post, I want to touch on my intent.  This is not intended to be an anti-abortion post, per se, as my views on abortion are more nuanced (and for full disclosure, my views are included).  My intent, rather, is to try and explain to the pro-choice crowd the position of the anti-abortion crowd, as I don’t think the pro-choice crowd really understands the anti-abortion position, from a moral perspective.

To those who consider abortion murder, abortion is at least as morally repugnant as was slavery, making it no coincidence that the question of abortion is split along the same party lines as was the question of slavery 155 years ago.  Abe Lincoln, just over a year before releasing the Emancipation Proclamation, reminded us that our country had been founded ‘four Score and Seven Years ago’.  It has been just under eight score years since Lincoln gave us the Gettysburg Address, and yet it’s message still rings clear today.  It’s a short enough address that I will post it in its entirety here:

Four score and seven years ago our fathers brought forth on this continent, a new nation, conceived in Liberty, and dedicated to the proposition that all men are created equal.

Now we are engaged in a great civil war, testing whether that nation, or any nation so conceived and dedicated, can long endure. We are met on a great battle-field of that war. We have come to dedicate a portion of that field, as a final resting place for those who here gave their lives that that nation might live. It is altogether fitting and proper that we should do this.

But, in a larger sense, we can not dedicate — we can not consecrate — we can not hallow — this ground. The brave men, living and dead, who struggled here, have consecrated it, far above our poor power to add or detract. The world will little note, nor long remember what we say here, but it can never forget what they did here. It is for us the living, rather, to be dedicated here to the unfinished work which they who fought here have thus far so nobly advanced. It is rather for us to be here dedicated to the great task remaining before us — that from these honored dead we take increased devotion to that cause for which they gave the last full measure of devotion — that we here highly resolve that these dead shall not have died in vain — that this nation, under God, shall have a new birth of freedom — and that government of the people, by the people, for the people, shall not perish from the earth. 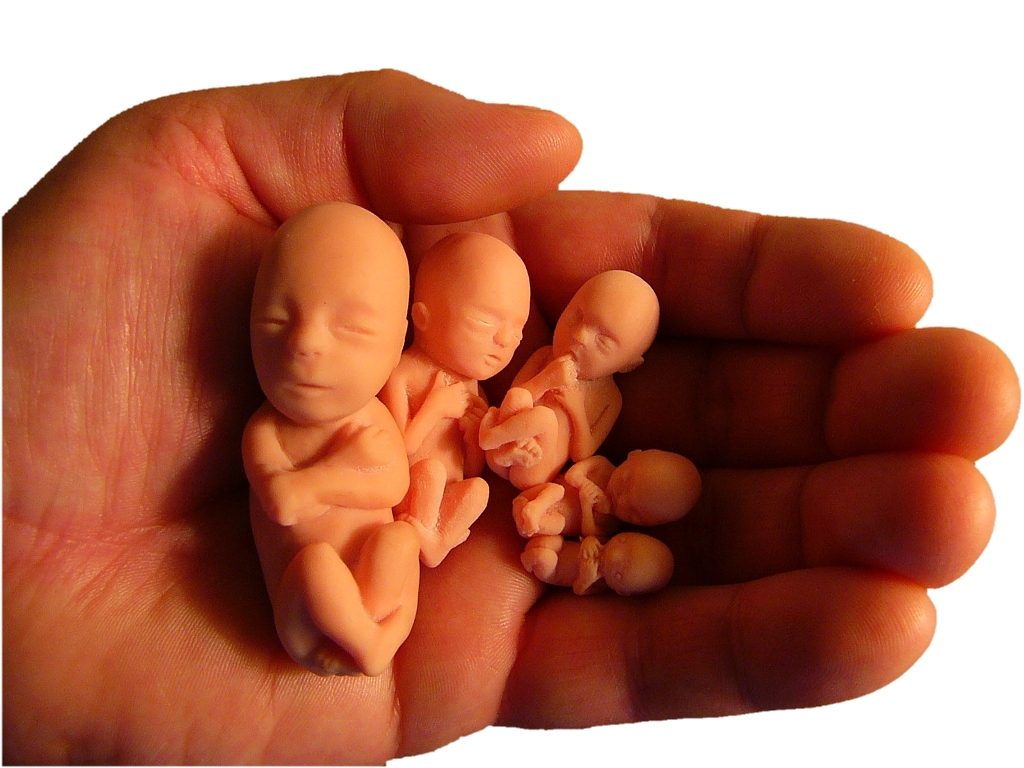 at the fight against abortion in the exact same way that those who heard Lincoln’s words heard the Gettysburg Address.  The anti-abortion crowd views abortion in the same light that Republicans viewed slavery in 1863, and the pro-choice crowd cannot understand the anti-abortion crowd without also understanding the strength of their moral convictions.

It does not help that the pro-choice crowd uses the same moral arguments the South used to defend slavery.  Consider, for example, a woman arguing that they and they alone have complete control over whatever happens within their bodies.  That is the moral equivalent of a slave owner claiming complete and total control over what happens on their land.  The pro-choice argument that men cannot understand the issue, as we do not have babies, is the same moral argument as a slave owner saying, “The North cannot understand the issue, as they do not grow cotton.”  “My body, my choice,” sounds eerily similar to “My slaves, my choice.”  “Why can’t you worry about the children already here rather than the ones who have not been born,” is the same moral argument as, “Why can’t you worry about the white people rather than the black ones?”  The list goes on and on – the issues may or may not be the same, but the arguments, on both sides, are.

My personal position is more nuanced.  I do not equate killing a fertilized egg with murder, nor do I equate killing small clump of cells with murder.  I do however equate killing a fetus that has developed to the point of having feelings and emotions with murder.  I am not a doctor, so I do not know precisely when that point occurs.  There are some indications that a fetus can feel pain at 20 weeks, but I’m not going to weigh in on whether or not that is true as there are honest people on both sides of the question who are infinitely more qualified than me, and who disagree.  I am going to say that at some point a fetus is a sentient being with feelings and emotions, and that abortion should be illegal once that stage of development occurs.  I’ll let medical professionals determine when that point of development occurs, but after that point, abortion is murder, and I’m here to tell you that when I hear someone say, “Well – late term abortions are rare so we should not worry about that,” my response is that if slavery were legal but rare, it would still be a moral outrage.  So too with late-term abortion.

I’m not going to go so far as to say that abortion is never justified after the point where a fetus is sentient, just as there are cases where murder is justified (such as in self defense), but those cases are the exception rather than the rule, and I think it makes infinitely more sense to debate what the point of sentience is, and what the exceptions to banning abortions after that point should be, than to continue debating whether or not abortions should all be legal, or should not be legal at all.  And I believe that the majority of the country would agree with me on that.

The pro-choice crowd claims that the anti-abortion crowd contains terrorists.  I would point out that the anti-slavery crowd also contained terrorists.  John Brown comes to mind. John Brown was hung for taking over the ammunition depot at Harper’s Ferry, Maryland, where he hoped to secure weapons in support of his call for a violent overthrow of the system of slavery.  John Brown was hung, but he was widely considered a hero, and particularly after the Civil War ended.  That of course does not justify terrorism.  The fact of the matter is that John Brown deserved the hanging he got, and he even admitted as much on the stand, saying something along the lines that he knew he deserved to hang, but that his one regret was that he could only hang once.  John Brown fully believed that he was in the moral right, fighting an outrage so egregious as to justify terrorism, and the anti-abortion terrorists truly believe they are the moral equivalency of modern John Browns.

The pro-choice crowd too has its share of extremists, with some people calling for the legalization of abortion after birth.  I’ve even read articles where people suggest that a child is not fully self-aware until it reaches four years of age, and that a woman killing a child that is not self aware should be legal.  I do not see how any rational person can justify killing a child after it is born, and yet there are those who argue that it should be a woman’s choice.  As long as so-called ‘scientific’ journals publish such outrageous material, honest people not only will be, but should be outraged.

Another thing that the pro-choice crowd has to understand is that they are the ones advocating that something be killed, and that when you look at the emotional context between the arguments, “I want to end legal murder,” and “I have a right to choose to kill anything in my body,” it is logical for the anti-murder position to be more emotional about their position.  People are generally willing to fight to preserve something they hold as an unassailable right, but murder has an immediacy to it that the preservation of rights lacks.  As such, whether one agrees with the anti-abortion crowd or not, it should go without saying that their case for moral outrage is stronger than is that of the pro-choice movement.

I don’t expect that anyone reading this will change their minds on abortion.  Those who believe that abortion should always be illegal, even right after conception, are going to tell me that I am advocating murder by suggesting that perhaps it is not murder until a fetus reaches a given point of development.  Those who believe in pro-choice up to (or in some cases even after) birth are going to like this post even less than will those who want all abortions banned.  My goal is not to change any minds here.  It is only to illustrate to the pro-choice crowd what exactly it is that the anti-abortion crowd is fighting for, and what exactly, from a moral perspective, it is that they are fighting against.  We cannot communicate on such an divisive issue unless we understand each other, and we are well past the time where such a conversation needs to take place.

I want to make an open invitation to the pro-choice crowd.  I posted this article to illustrate the anti-abortion position, and I think I did a pretty good job.  I don’t have any moral conviction for defending abortion, and thus cannot eloquently write a similar article describing the pro-choice position, and yet the anti-abortion crowd needs to understand that position too if we are ever going to have a rational conversation, which is of course the precursor to principled compromise.  If you are pro-choice, and you are willing to write a counter point, I’m not going to promise to post every counter-point I get, but I will publish the one that is the best written, and I’ll try to at least include excerpts from any I receive.

1 thought on “On Abortion”