In my last post, I showed how the ‘why are there no libertarian or free market countries if these things work so well’ argument is rubbish, presupposing that either a country is libertarian, or it is not, and that either markets are free, or they are not, with no level of graduation between those two extremes.  The same people who use the ‘no true libertarian’ argument against libertarian values then support socialist values, even though they are unable to name any nation that has ever truly been socialist.  If a lack of fully libertarian countries proves that libertarian values are rubbish, then shouldn’t the lack of fully socialist countries prove that socialist values are also rubbish?  Socialists use the ‘no true libertarian’ argument to support socialism, in spite of the fact that there is no true socialist either. 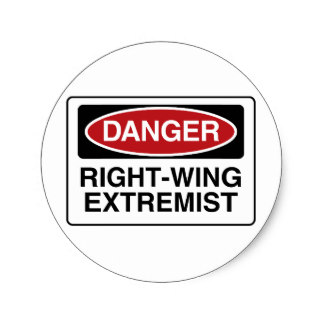 One particular commenter captured the general feeling on left-leaning forums, saying, “Right wing extremists such as yourself are fixated on this debate between socialism vs capitalism and now Libertarianism. This is the dialogue on numerous social media blogs. This is the equivalent to being stuck on grade 7 Social Studies concepts. Move on from these elementary debates. You are dumbing down this site.”

The first thing someone might notice about this comment is that it attacks me more than it attacks the article I wrote, but there is a second, more subtle point being made.  In addition to arguing that I have the intellect of a twelve year-old, the commenter was also calling me a ‘right wing extremist’.  She then attacked ‘right wing extremism,’ rather than attacking my actual post.   Her comment implies that she did not even bother to read my post before attacking it.

The very article this person is calling seventh-grade extremism says, in the first sentence of the third paragraph, “People are imperfect, and are incapable of living under any ideology at its most extreme…”  Since an extremist is, by definition, someone who follows an ideology to its logical extreme, and since I am not advocating following any ideology to it’s extreme, I am, by definition, not an extremist.  I argue for a closer proximity toward libertarianism and free market capitalism.  Her answer was to argue against the extreme, as if there is no possibility of being more libertarian without throwing all forms of government out the window.

Some government is necessary.  The question is ‘how much,’ and the general answer on the left is always, ‘more.’

I can only think of two roles for government in the economy:

Somehow, I have a hard time getting leftists to argue against my two roles.  They will, instead, go from one extreme to the other, arguing that since I agree we must have a government, government’s role cannot be limited.

Note that I am not advocating an end to welfare either, but it is one thing to want programs aimed at alleviating suffering, and something else to want programs designed to eliminate the need to work.  We all want to help those who do what they can to support themselves, but who fall short.  Of course we want to help those people.  Those of us who lean libertarian, however, want able-bodied adults to do what they can to support themselves before they turn to society for help.  We also believe that private charity works better at alleviating suffering than do government programs, and as such we would advocate a larger role for private charity, and a smaller role for government.

I personally have advocated the Negative Income Tax, developed by Milton Friedman.  Under Milton Friedman’s plan, we would draw a line – say at $40,000 – and would subtract half of what someone makes from that amount.  We would then give them half the difference.  Everything else would be supplied by private charity, or not at all.

In a rational debate, one listens to the specifics given, and either supports, or attacks, each individual idea on its individual merit.  Doing so takes longer than does calling someone a seventh-grader, or a ‘leftard’, but moving past the petty name calling is the only way to find common ground.

We all want a better world, in which everyone has as much opportunity as possible.  We all want to end suffering.  Rolling up our intellectual sleeves and diving into how best to provide opportunity, and how best to reduce suffering, requires us to understand both sides of every debate, and though few of us take the time to learn ‘the other side,’ we really have no logical basis to hold any position unless we understand both sides.

More importantly, we have to understand that there are more than two sides.  Even on a linear scale, where we can place the country on a point and decide whether to go more to the right, or more to the left, there are an infinite number of points in between.  The question is not ‘which extreme should we move to,’ but rather, ‘where on the scale is the best point, and how do we get there?’

I know the point on the scale I believe in.  It is one where we run the country based on libertarian principles, with relatively free markets (government fulfilling the two roles given above), and with a government that enforces the Non-Aggression Principle (including such things as freedom of the seas).  I believe in Milton Friedman’s Negative Income Tax as a replacement for both welfare, and the minimum wage, and I believe government has a role in ensuring that all children receive an education, though I believe both the content, and the delivery of that education should be locally controlled.  I even believe in government involvement in helping to provide institutions for secondary education, though I want the individual to pay for that.

I believe that when government involvement is necessary, it should be applied as locally as possible.  We don’t need, for example, a federal department of education.  The states are more than capable of taking care of the education of the people within each state.

Every once in a while I’ll run into either an anarcho-capitalist, or someone on the left, who is willing to have a deep discussion on these kinds of issues.  I often think that perhaps liberals are better are finding societal problems, even if they are not always very good at fixing them, and I am sometimes impressed with the innovative ways some anarcho-capitalists (like Stefan Molyneux) come up with non-government solutions to things most of us consider government roles.  I can learn from other viewpoints, even if I do not agree with them.

True ideologues are easy to spot.  They will call specific people ‘extreme right wingers,’ ‘libtards,’ ‘statists,’ or some other label.  True ideologues are also quick to make moral declarations, like, ‘Capitalism is evil,’ ‘Libertarianism is dumb,’ or ‘taxation is theft.’  Shifting an argument from the practical to the moral makes it almost a religious argument, the ideology taking the place of God as a basis for morality.

Extremism is bad, regardless of the ideology.  People are imperfect, and are incapable of living under any ideology at the extreme.  That does not mean, however, that all ideologies are equal.  Socialists would have us believe that societies are stronger when the people work together for the common good, and yet no country has ever become wealthy through collectivist means – ever.  Collectivist means have been used to protect wealth, and to redistribute it, but never to create it.  Does that mean nothing can be accomplished through collectivist means?  Of course not.  I’ve already granted things that are best accomplished that way, such as national defense.  At the same time, socialism denies the uniqueness of the individual, with their individual needs and desires, making it a terrible system for anything that is not truly collective.  We need national defense, and there is no efficient way to provide it without a shared military.  We do not need the same foods, making it far more efficient for each of us to provide food for ourselves and our families, even though food is something we all, as individuals, need.

Most needs are individual, and as a nation of individuals, our individuality needs to be preserved.  Libertarianism is the ideology to use, to whatever extent it is practical to do so.