Just in case you were wondering… Trump really is guilty of tax evasion, and so are you. Our tax code has so many contradictory clauses that it is impossible not to violate it, as if you follow one clause, you break another. Similarly, federal Obstruction of Justice laws are so onerous that it is impossible to mount a criminal defense without opening yourself up to charges of obstructing justice.

If that is what you want to hang your hat on in ‘getting Trump’, please be open about it – you are advocating for the removal (and potentially the locking up) of a political opponent just because you do not like him.

Welcome to the Gestapo. Did you know it would be so popular in America?

Democrats fought for slavery and Jim Crow, and then they claimed to be the party against those things. Similarly, it was FDR that got us into World War Two, and it was Harry Truman (both Democrats) who started the Cold War. Today, unsurprisingly, the Democrats want to become what they once fought against.

The DNC motto should be, “First Fight It, then BECOME It!”

By the 1990s, those same Scandinavian countries were forced by economic necessity to change direction.  Instead of taxing the rich, they taxed the poor, such as in Sweden, where the poorest workers give 60% of their income to government.  Sweden also privatized social security, and their k-12 education system (paid for through a voucher program).  All of the Scandinavian countries have scaled-back their welfare programs, and have largely de-regulated their economies, in an effort to squeeze as much juice out of free market capitalism as possible, in order to fund their still generous welfare programs. 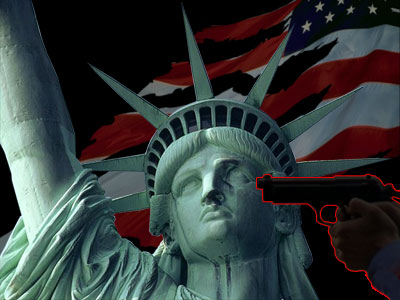 Scandinavia shows that it may be possible to find a balance between social democracy and free market dynamics, with a large social welfare system paid for through free market means, but since they have been scaling back those welfare programs for the past thirty years, the jury is still out on what, exactly, the balance is.  It appears the correct balance may well be to have a generous welfare system, but one that forces everyone in the economy to be as self-sufficient as possible – in other words, one where the spoils of free market capitalism are somewhat shared, but only with those who have done what they can, first, to support themselves.  This is the opposite of what today’s Democrats call for.  This is, in fact, far more similar to the RNC platform.

With slavery and Jim Crow, we Republicans correctly said, “Welcome to the party,” once Democrats changed sides.  Democrats, of course, did not just change sides – they tried to put us on the side they had just vacated.  In twenty or thirty years, Republicans will be blamed for the failures of socialism, in spite of the fact that, as with slavery and Jim Crow, we never supported it.

I am very confident that, as happened in Scandinavia, the very platform Republicans call for today will become the Democrat platform, once socialism has proven to be a failure, and Democrats will, as always, blame us for their own failures.

One thing that will not go is the Gestapo, as once government seizes the ability to rule by force, it seldom lets go.

We see the Democrat commitment to democracy all around us.  Conservative voices (including my own) no longer circulate as freely as they once did on social media.  Ben Shapiro and Jordan Peterson are regularly blocked from speaking on college campuses, and videos of conservatives being physically accosted have  become a YouTube staple.  The left has put free speech firmly in its crosshairs, and without free speech, there is no democracy.

Across Europe and in Canada, hate speech laws already prevent people from disagreeing publicly with liberal agendas.  Are people being drug from their beds at night, as they were in Nazi Germany, or in Stalin’s Soviet Union?  No.  Thus far, the European and Canadian Gestapos are relatively benign, as far as Gestapos go, but once a political party begins to use the police to enforce it’s agenda, the vice tends to tighten over time.

In the United States, the Democrat Party used to believe that every voter should be counted (after blocking African-Americans from voting for a couple hundred years).  Now the Democrats use tactics like vote harvesting in California, to win elections they would otherwise lose.  Counting every vote has replaced counting every voter, such that fraudulent votes count just as much as legitimate ones, and in 2018, Democrats swept every federal election in California, including in the Republican stronghold of Orange County (which had more votes than people) because of vote harvesting.  The difference between ‘count every vote’ and ‘count every voter’ is subtle, but significant, and the Democrat Party has used that difference to completely subvert the democratic process in our nation’s largest state.

Who will decide what constitutes ‘hate speech’?  The party in power, of course, and they’ll be able to use that power to quash opposing viewpoints, and to stay in power indefinitely – particularly since they are also using vote fraud to subvert democracy.  I can’t see the Republican Party enacting hate speech laws (and nor would I support any attempt to do so), so when the time comes to pass them, it’ll be when the Democrats are in power.  They’ll do so under the guise of preventing another Trump from coming to power.

Against this backdrop, what crimes have been heaped on the Trump campaign and/or the Trump administration?  There have been a couple of actual crimes related to foreign lobbying before Trump was a candidate (neither of which had anything to do with his campaign).  On top of that we have seen indictment after indictment for lying to federal investigators, including in cases, such as with Michael Flynn, where the FBI investigators said that the person interviewed told the truth.

It is impossible to go through a fourteen hour interview with aggressive federal agents and not say something that in some way contradicts something else that was said, allowing our perjury laws to become another tool of the Gestapo, and THAT is what Trump administration officials have been charged with.

And now Democrats are calling for Trump to be charged with crimes that anyone could be charged with – as well as with things, like making non-disclosure agreements with mistresses, that are not illegal.

And before you ask…  Michael Cohen was allowed to plea guilty to campaign finance violations to avoid both himself and his wife facing charges of lying to a financial institution – a charge that carries a thirty year prison sentence, and that had nothing to do with President Trump.  Cohen pled to a crime he did not commit to avoid being charged with a far more serious crime that he likely did commit.  How convenient that the crime Cohen was allowed to plea to was one that would seem to involve the President…

The fact that we charge people with crimes they did not commit, and have laws that are impossible to obey, should be ominous to all.  And, of course, if prosecutors are aggressive enough, Trump is guilty.  We all are.

Welcome to the Gestapo…