Milton Friedman once told Phil Donahue (and I am paraphrasing – the direct quote is in the link), “Nobody is greedy.  Just ask them.  It’s always the other fella who is greedy,” and nothing Milton Friedman ever said, before or after that comment, has ever been more true.  This is why George Lucas, with a net worth of $5.1 billion; Stephen Spielberg, with a net worth of $3.7 billion; and Oprah Winfrey, with a net worth of $3.2 billion, call company CEOs who have but a fraction of their net worth, ‘greedy’.  This is why Tom Cruise, who is worth $500 million and was paid $43 million just last year, says that fortune 500 CEOs, who have an average salary of $4.3 million a year (one tenth what Tom Cruise was paid last year), need to have their salaries capped.  A company CEO may be responsible for the jobs of thousands of people (in the case of Walmart, more than two million people).  How many people does Tom Cruise employ?  Tom Cruise complains publicly about how much Walmart pays, but who complains about the salary of the person whose job it is to make sure that Tom Cruise’s favorite deli meat is available on set?  George Lucas isn’t greedy, but the other fella is…  Tom Cruise isn’t greedy.  The other fella is… 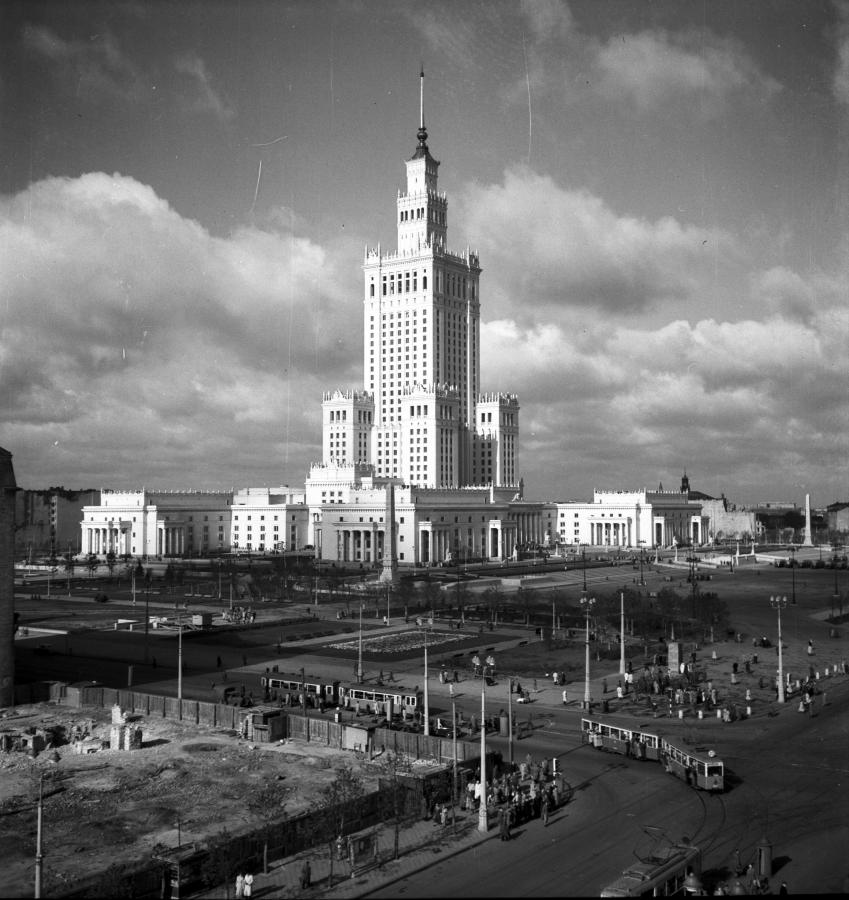 The free market is designed to work based on individual people, each pursuing their own self-interest.  Each person gets to keep the spoils of their own labor. Socialism takes all of the spoils and gives them to the people at the top (aka ‘government’). After the people at the top take what they want, and spend whatever they want on whatever pet projects they may have, the hope is that some money might trickle back down to those who earned it.

Fidel Castro was worth over $900 million when he died.  Kim Jung On is worth over $5 billion today.  In the meantime, the people of Cuba and North Korea are starving.  Think of the irony of socialists calling free markets ‘trickle-down economics’…

And to make matters worse, the greatness of socialist societies is always demonstrated through massive building programs, like the Cultural Palaces Stalin built all over the Eastern Block.  The Cultural Palace in Warsaw was not finished until 1954 – more than nine years after the end of WWII – and if you look at early pictures of it (like the one to the left), Warsaw was still flat. Not a finger was lifted to rebuild houses or businesses until after the Cultural Palace was finished.  The needs of the people came a distant second to the need of the society to demonstrate its greatness, by building a massive monument.  The needs of the people had to wait….

It is a sad but true fact that it is cheaper to build massive monuments to demonstrate the greatness of a society, than it is to adequately feed and shelter the people within that society. The people will say they are starving, and the elites can point to the monuments and say, “How can you say you are starving?  Can you not see how great we are?”

As always, if you agree with this message, please help us to spread it, by sharing far and wide.  Share buttons are included below, for your convenience.

2 thoughts on “Who is Greedy? It’s NOT Who You Think…”