As a small government guy, I’m usually ecstatic when the government can’t do anything.  Government passes far more than it repeals, and as a result it tends to grow bigger over time, so when it does nothing, I’m happy.  Doing nothing means that the economy has a chance to grow faster than does government, reducing the burden of government on our everyday lives.  Gridlock is good. 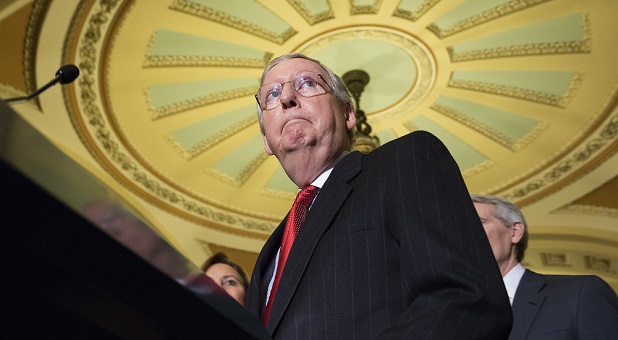 Right now, the news story is that the tax bill is ‘in uncertainty’, but mark my words: the Republican Party will not pass any meaningful changes to our tax code, and in fact the Republican Party will not pass anything meaningful at all before the midterm elections.  And why?  Because there are quite a few Republicans who do not really believe in limiting government.  These Republicans do not believe that free markets work, and they are afraid of being blamed when free market reforms fail.  The Republicans will then lose the Senate next year, and be reduced to a perilously small majority in the House.  In 2020, after four years of Republican leadership, Republicans will own their inability to do anything, and the Democrats will take back the House, deepen their hold on the Senate, and take the Presidency.

Bold prediction?  I think not.  The lack of accomplishments will cause some Republicans to stay home, and a lack of turnout always leads to defeat.

Sabotage by big-government Republicans will kill the Republican Party.

The fact of the matter is that all of us, Republicans and Democrats alike, are getting killed by healthcare costs, as well as by our complicated tax code.  If the Republicans could fix those two things, or even just make them less bad, the lives of everyday Americans would improve, the American people would see that Republicans are capable of leading the country, and Republicans could ride an improving economy, and improving lives, into the midterm elections, perhaps picking up enough seats in the Senate that they could afford to lose a couple of votes and still pass legislation.  Instead, the Republican Party is incapable of passing anything meaningful at all, and is going to go into the midterm elections without a single accomplishment it can point to.  This will happen with a President who has, whether by his own fault or not, approval ratings that would clog a toilet.

And then we have scandals.

Roy Moore should not define the Republican Party, but Republicans believe in due process, and were slow to turn on him.  Democrats are going to take a Senate seat, and will continue to talk about Roy Moore at every turn, going into the midterm elections.

Republicans can point to all of the allegations of sexual misconduct coming out of Hollywood – virtually all Democrats – but the media is not going to make the link between Democrats and Hollywood, and in the meantime now we have allegations coming out of Washington D. C..  I’m going to guess that since the Democrat Party has a history of protecting Democrats who commit sex crimes, such as Bill Clinton and Ted Kennedy, that many of the allegations coming out in Washington D. C. will be against Democrats  At least some will be against Republicans though, and those are the ones the media will focus on.  I fully expect that for every story about a Democrat who has been accused of sexual misconduct, there will be ten stories on Republicans, and it will be the number of stories rather than the number of allegations that will drive public perception.

The only way Republicans do well in the midterms is if Republicans turn out in high numbers.  That will require at least one major legislative victory.  It would be political suicide for the Republican Party to fail to simplify our tax code, and yet that appears to be exactly what is happening.

Is it possible that some members of the Republican Party hate Trump so much that they are willing to destroy their own party to take Trump out of office?

I can see hating Trump on a personal level.  I don’t know him myself, but he is often brash on Twitter, and has shown a willingness to bully.  Those are valid reasons not to like someone.  He has also been accused of some terrible things, and to the degree that some of those things may be true, certainly there is cause to dislike him there too, but those have nothing to do with the policies Trump is forwarding.  Do we have members of the Republican Party voting against bills they would support if Mike Pence were President instead of Donald Trump?  Do we have Republicans actively playing sabotage?

What is important to note is that the Republicans who are committing suicide are not killing themselves, but their party.  Keep in mind too that it takes but a simple majority vote in the House to impeach a President.  It would be possible to impeach President Trump even with a Republican majority if that majority were narrow enough.  Getting a two-thirds vote in the Senate to remove Trump from office would be far more difficult, but the House impeaching Trump after the midterms is a very real possibility, and one that would have a significant effect not only on the next Presidential election, but on the 2020 House and Senate elections as well.

The Democrat Party is dying.  They showed that they do not believe in democracy in the last primary, and they have pivoted so far to the left that many even within their own party have trouble voting for them.  If the Republican Party was not committing political suicide, Republicans would be gaining ground rather than losing it, but if the Republicans cannot pass a meaningful simplification of the tax code, they will lose the Senate next year, and both the Presidency and the House in 2020.

And some of them seem to want it that way.

The only way to lose to a dying party is to die yourself.  To those Republicans committing sabotage on their own party:  your fellow Republicans have long memories, and you will never win another election.  I hope it was worth it.